This system pairs the KTA 970, which delivers TCAS I, with the KGP 560 Enhanced Ground Proximity Warning System, making this a powerful duo for safety in the sky.

Traffic
The BendixKing traffic systems can track up to 60 aircraft and display information on up to 30. Eight pilot-selectable ranges from 2 nm to 40 nm show three levels of intruders: non-threat, proximity intruder and Traffic Advisory (TA).The KMH 980 features two directional antennas, each weighing less than a pound, and taking up a third the space of traditional TCAS antennas. The directional antennas, one placed on top of your aircraft, the other on the bottom, minimize own-aircraft shadowing and maximize range. A bottom omni-directional antenna is also available for aircraft with fixed gear.Measuring only 3.5 in. wide by 5.95 in. deep and weighing less than a pound, the KA 815 directional antenna is the smallest and lightest TCAS antenna available today, simplifying installation, minimizing interference with existing antennas and reducing drag.The KMH 980 benefits from flexible display volumes. The system displays aircraft up to 8,700 feet above or below your aircraft. On takeoff, you can select the above view, and the system will display traffic 8,700 feet above and 2,700 feet below to concentrate on the space above you; on approach, you can select “”below”” and the system will display traffic 2,700 feet above and 8,700 feet below. Enroute, a normal selection will track aircraft 2,700 feet above and below your aircraft.

Terrain
Incorporating much of the same terrain database technology found in our air transport EGPWS, our GA-EGPWS was specifically developed to protect light turbine and piston aircraft from the threat of Controlled Flight Into Terrain (CFIT). Based on Honeywell’s proven CFIT alerting algorithms, our EGPWS provides advanced alerting while virtually eliminating nuisance warnings.CFIT is one of the leading causes of General Aviation fatalities. In addition to being TSO’d to C151 Class B TAWS requirements, the KMH 980 provides worldwide terrain database coverage, broken down into three regions, Americas, Pacific or Atlantic. The terrain display depicts terrain ahead of the aircraft, MSL altitude, Magnetic Track, Range in nm, and the elevation of the highest and lowest terrain features shown on the display.Terrain is represented by different colors, adjusting as your aircraft altitude changes. Terrain can be shown ranging from 2.5 nm to 320 nm and viewed at 360° or a 120° forward-looking view.

Be the first to review “KMH 980” Cancel reply 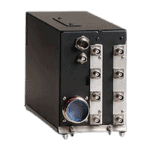